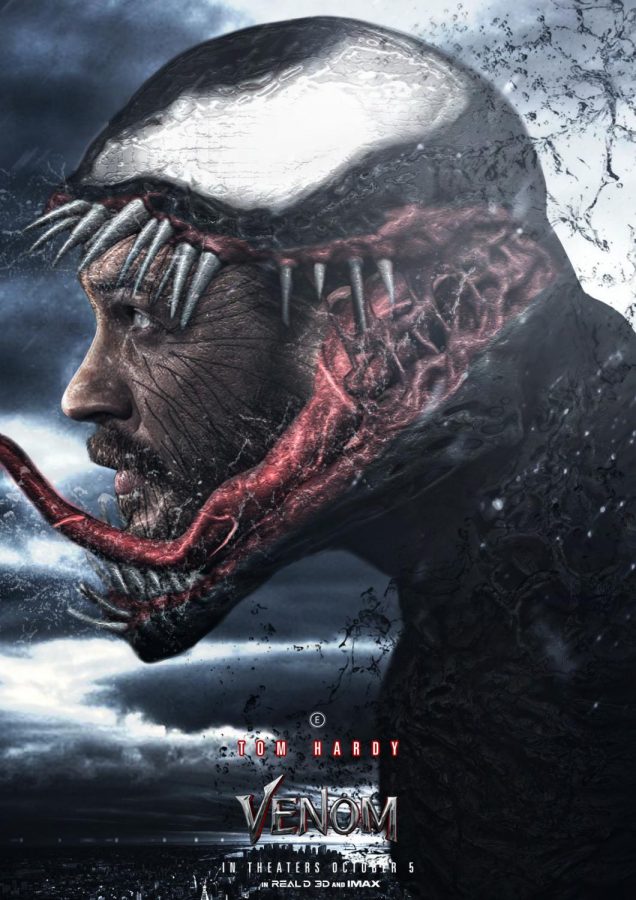 Venom follows the story of journalist and reporter, Eddie Brock, as he goes to uncover the wrongdoings of the “Life Foundation”. Whilst doing so, Eddie finds a symbiote – an alien organism that requires a host to bond to. Eddie and Venom, the symbiote, share Eddie’s body and gives him superhuman strength and stamina, but it also influences his mind. Eddie and Venom come to an understanding to stop Carleton Drake, the founder of the Life Foundation, from bringing more symbiotes to Earth.

Venom is traditionally a Spider-Man villain, and a lot of Venom’s story relies heavily on the character of Spider-Man. The movie completely disregards the existence of Spider-Man and tells a slightly different story than the source material.

The special effects were stellar and gave a great visual representation of the source material. There were also spots of enjoyable humor that happened in the movie. In general this movie has enjoyable action and comedy, but don’t go in expecting a “Citizen Kane” style story. Rating the movie on a 1 out of 5 scale, 5 being superior and 1 being terrible, I would say a solid 3 out of 5.