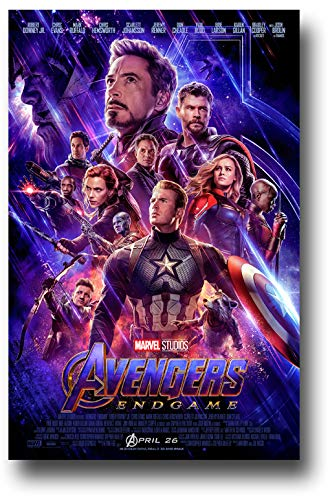 Avengers: Endgame is the 22nd film in the marvel saga known as the Marvel Cinematic Universe (MCU). As of now it is one of the biggest, most successful movies in the world with a 1.4 billion dollar opening. The movie itself was critically acclaimed and strong comic book-like movie.

The movie is hot off the heels of where it left off in ¨Avengers: Infinity War¨ with half the universe recovering from the wrath of the antagonist, Thanos, when he ¨decimated¨ half of the universe. Captain America, Iron Man, and several other surviving superheroes come together to defeat Thanos and bring back the other half of the universe.

The movie is a lot emotionally, to say the least. It’s very funny at times, but sometimes it can get very emotional. Despite having a multitude of characters, each is well-written and feel very unique and strong within the movie. The story is also very strong and consistent. They do use time travel in the movie which could be a slippery slope in storytelling, but it is handled very well. Endgame also had numerous callbacks to other MCU movies, which was very interesting to see. The special effects were stellar and brought life to the source materials. I was skeptical about how well this movie would do, especially coming after the hype of Infinity War, but I was in awe about how well-made the movie was. Out of ten, I give this a strong nine.