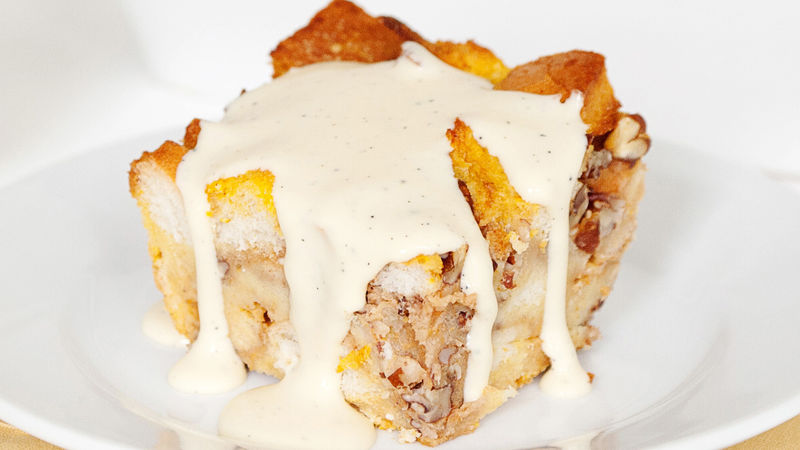 Thanksgiving is quickly approaching and food is the only thing on my mind. I’ve searched time and time again for a recipe unique compared to the basic pies for dessert and came up with a delicious alternative.

Combine sugar and ¼ cup of water in a medium saucepan. Bring to a boil for 12-15 minutes (until sugar is dark)
Remove from heat and add heavy cream and bourbon. Stir until smooth and creamy.
Top pudding with bourbon sauce and enjoy!