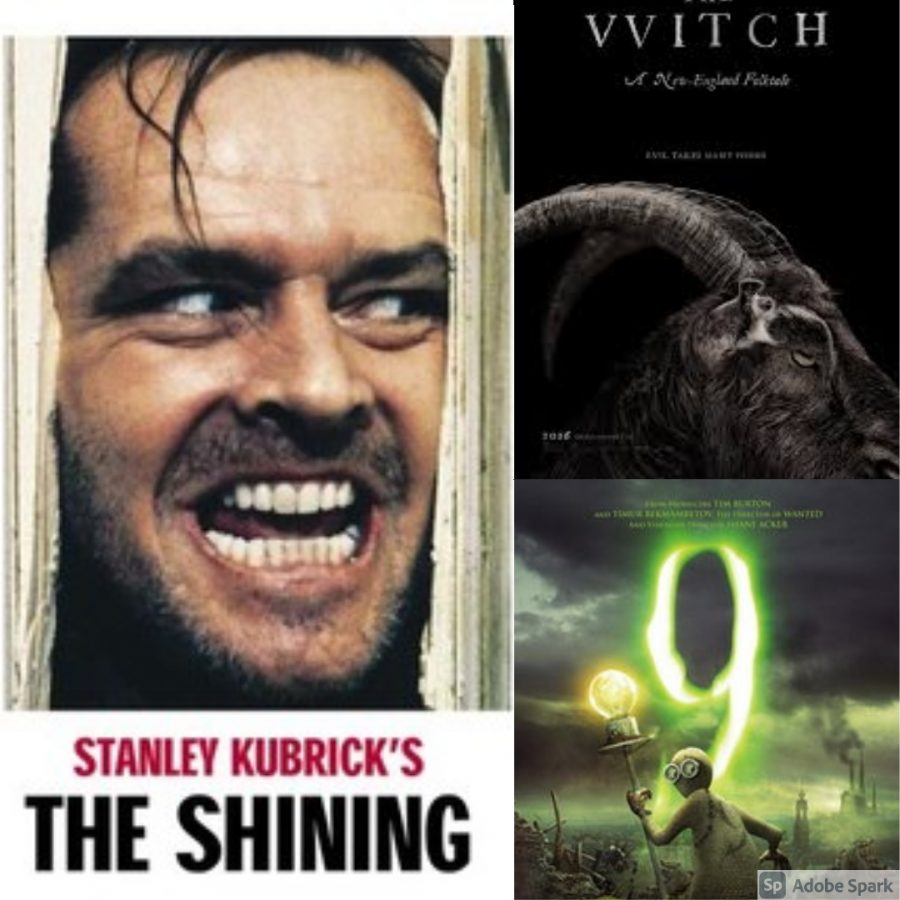 This is my personal list for what I believe to be some of the best scary movies to watch around halloween. Some of these are rated R and should be watched with discretion while others are more family friendly though they are all great movies which are sure to get you in the Halloween spirit.

10-Nightmare Before Christmas
You can call it a Christmas movie but to me this will always be one of my favorite Halloween specials. The stop motion animation is top of its class and is a wonderful example of practical effects mixed with CGI. A timeless story and loveable cast makes for a classic mainstay during the Halloween season.

9-9
A deep and chilling tale of a group of ragdolls trying to survive in a world destroyed by war. This has always been one of my favorite animated movies and needs more than one viewing to pick up on all of the intricacies of the story. The cast is great and the art style is unique, the story makes you latch onto the characters and it is heart wrenching when they are taken away from you.

8-Nosferatu
One of the first horror movies ever driven by suspense and a chilling orchestral performance and if you’re looking for one of the best silent movies then this is a great choice. It seems strange how something with no dialogue can be so entertaining but it only adds to the mystery and wonder of the story.

7-The Birds
The Birds was the first horror movie I ever watched and it freaked me out as a kid. It is somewhat of a ridiculous plot but is based on true events; a flock of birds ingested a toxin which caused them to act very strangely and two years before the movie was released, a flock of seabirds in the San Francisco Bay area slammed themselves into sides of homes. At the time the mystery was unsolved and inspired Hitchcock to produce the movie. It is surprisingly haunting and makes you look twice at our winged friends.

6-Stranger Things
Though not a movie, the first and second seasons are some of the best seasons of a show ever and a wonderful example of a style driven show. The Halloween themes lend itself to a perfectly bingeable series and is always worth revisiting during the Fall.

4-The Witch
An extremely stylized movie portraying the paranoia of religious betrayal and the descent into madness of a farm family in New England. The soundtrack is eerie and plays well to the strengths of this movie: dark forest, creepy twins, lost children and a talking goat. This movie is worth a watch and is a horror/thriller masterpiece.

3-Children of the Corn

As a Stephen King fan, I enjoyed every minute of this movie and up until the cheesy CGI at the end it holds up extremely well to this day. It’s themes are classic and it’s execution is wonderful. This is however a movie with less than traditional horror aspects and is a great psychological thriller without the unnecessary jumpscares.

The Lighthouse is one of the most interesting and heavily stylized movies in recent years. It capitalized on the crude information granted by a black and white film mixed with the menatlly draining plot and acting which deceives you while leaving your jaw on the floor in anticipation. Overall, a wonderful movie.

1- The Shining
The top three of this list are among my favorite movies of all time but The Shining takes the cake. With nothing textbook scary in the movie it hammers home the psychological aspect of the human mind exacerbated by isolation. It comes packed with a gripping story and cast of characters who you grow to love and hate over a two and a half hour runtime. Classic moments and quotes in popular culture are derived from this film and it deserves to be watched by anyone who likes horror.