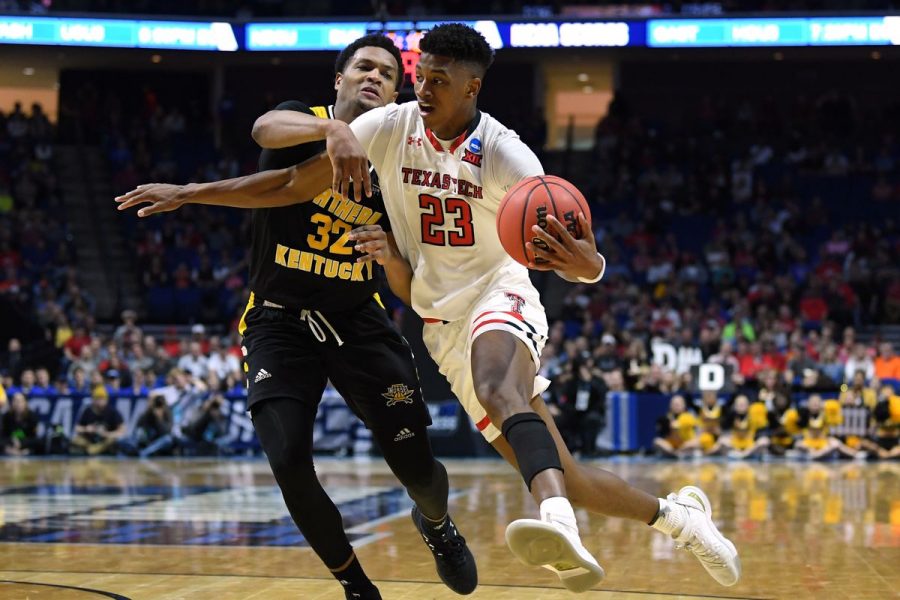 The Texas Tech Red Raiders made history Saturday by making the National Championships, that will took place on April 8, at 8:20 central time. This achievement has made history, Texas Tech having never made it past the Elite 8, which had many fans excited.

Last year, during March Madness, Texas Tech lost to Villanova in the Elite 8 championships, therefore ending the season with a score of 59-71. Many of the Red Raider fans were very disappointed.

Aiden Trevino, a freshman at Lubbock High school, gave us his thoughts on last years loss against Villanova. “I was pretty disappointed, but I was overall proud of them for going that far” Aiden said. “ I was really bummed out. Yeah, I was just really disappointed.”

Aiden Trevino and carol-Anne Smitherman, freshmen at Lubbock High, were among many Tech fans that felt the disappointment. “ I really felt like we could have [won the game] if we had better teamwork. I feel like we were very intimidated and scared. We could have pulled it off if we had more confidence. I think it gave us room to grow towards this year.” Carol-Anne said.

When Aiden first heard the news of Texas Tech making it to the National Championships, he had mixed emotions, despite being excited about it initially. “ I thought this year was very good for Tech. I was pretty disappointed that they didn’t win, but I was glad they made it to the championship” Aiden said.

Carole-Anne also had an emotional start going into the National Championships. “I was definitely very excited! I was just very happy!” Carole-Anne said. “ I was like ‘we’re going to win this thing!’”

However, Carole- Anne was very upset after watching the loss of the Texas Tech Red Raiders. “I’m really proud of them. I not mad but I feel for the team. I really wish they could have won.”