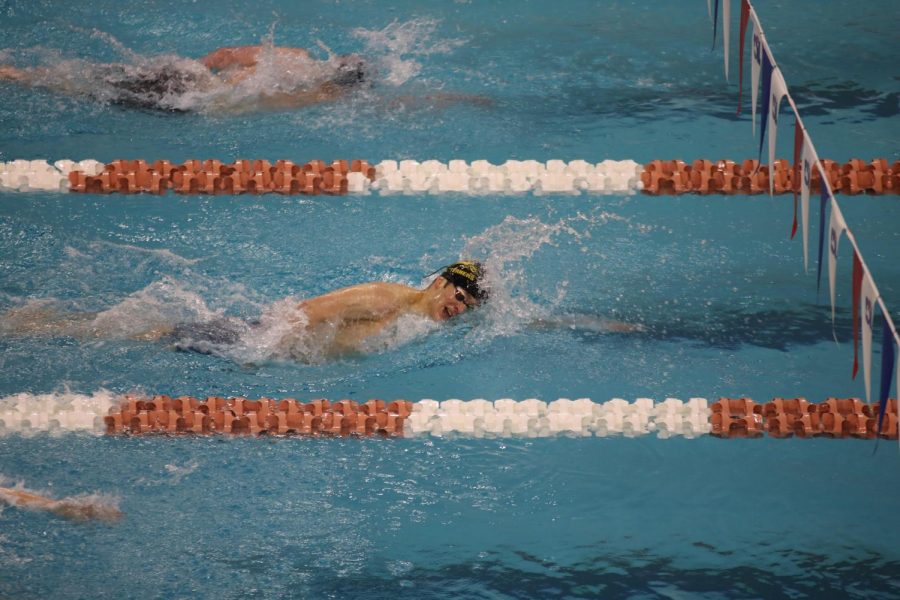 Kolos Nagy, a Senior at Lubbock High School, won second place at the state swim meet in Austin Texas. He started swimming when he was seven years old and came to Lubbock from his home country, Hungary. His hometown, however, is Budapest.

“I started swimming, because in my country swimming is a national sport, so when we came here [Lubbock], my parents put me in swimming. My brothers wanted to swim, too” Kolos said.

The Lubbock High Swim team that qualified for state had swam the meet February 15 through 16. Finals being on February 16 and prelims on February 15. Kolos made it to the finals in the 500, and experienced a very unexpected emotion.

“I was furious, I was so close to getting gold, and I was like ‘This guy again.’”

“The guy who I competed against beat me by 0.06 the year before, but he beat me in silver, so I got bronze last year. I was so furious.” Kolos said.

Kolos has said that even though he lost this year’s gold, he still can’t pick a favorite year in high school swimming.

“All four years, I loved high school- it’s been a great experience. I hope it’s not my peak though.” Kolos said.

Kolos will be attending the Southern Methodist University to continue his swimming career.