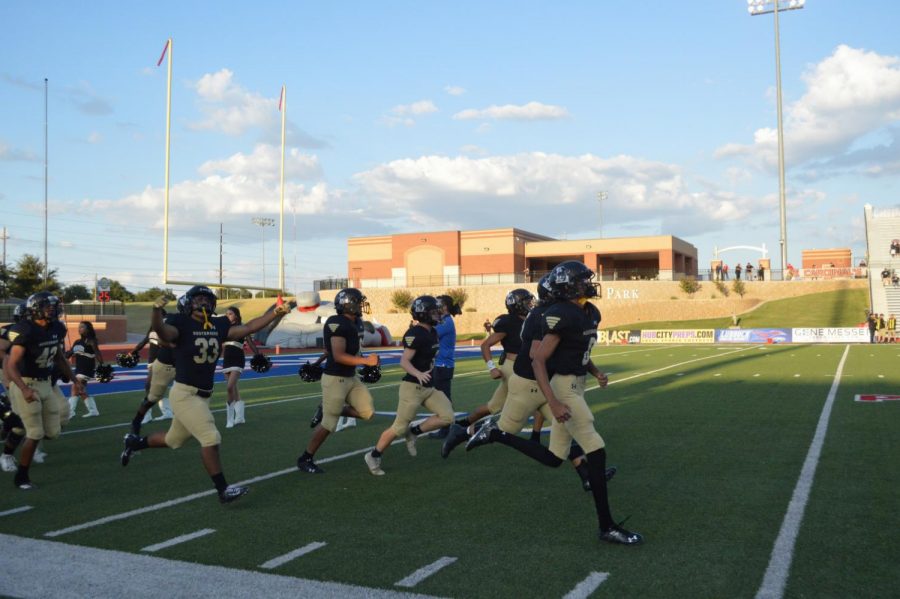 LHS yearbook student, F. Garza, captured this amazing photo of the LHS football players running onto the field at the homecoming game.

Stadium lights lit up the field as the Lubbock High football team held their Homecoming game on Friday, Sept. 6 at Plains Capital Park. The varsity team, led by Head Coach, Shane Stephen, competed against the Borger Bulldogs. Our Westerners fought hard through all 4 quarters, working like a well-oiled machine in order to score big and make LHS proud.

“Everyone was anxious to see how we would do against Borger,” junior, Sarah Vo said. “So every first down or touchdown we got, the whole student section went wild.”

Vo stood along her fellow classmates in the student section as they cheered on their team. All of which were excited for their homecoming game and hoped for a win.

Tijerina is a junior and inside receiver for the varsity football team. He believed the game could’ve gone better if the team would’ve started out more aggressive, and he hopes to improve in the future games.

At half time, senior cheerleader, Sidney Flores, was crowned homecoming queen, voted by her fellow classmates. The game ended with a loss against Borger, with a score of 33-23.