First game of the season and a victory for Lubbock High 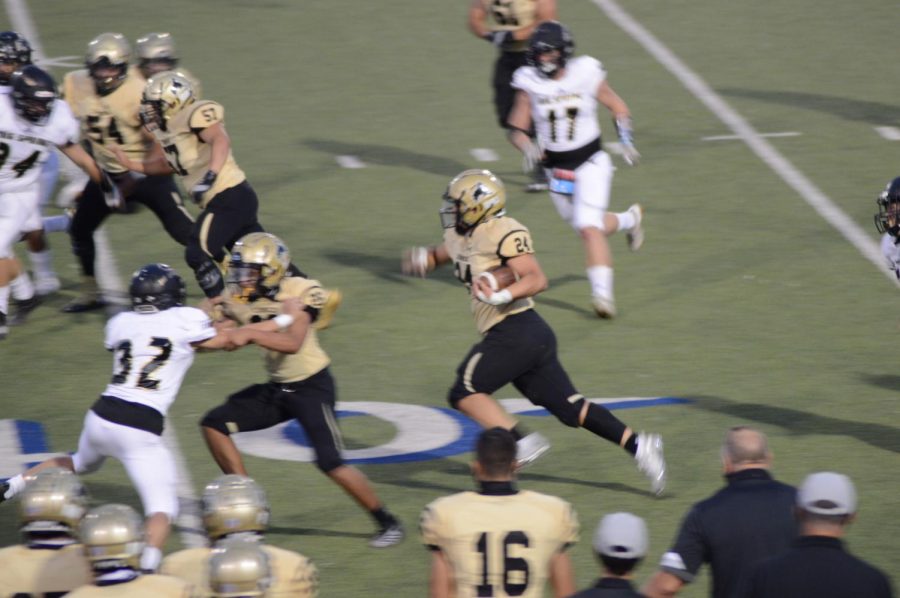 Lubbock High’s first varsity football game against Big Springs was a decisive victory with good spirits all around even while limited by pandemic safety measures. Despite the differences from normal games, plenty of people showed up and the Westerners themselves went home with a win.

“It was pretty surprising [the victory] considering it was our first varsity game, and honestly seeing all those points made the night much more fun.” Dalton Henninger, a junior in the LHS marching band, said, “It invigorated us going into our halftime show.”

After winning only six games in the past four years, there was tons of excitement during the game. Many students enjoyed the game despite the new precautions and said it was like nothing really changed at all.

“It was slightly different with all the safety measures we needed to take but the overall feeling we had going into it and coming out was no different than it did last football season,” Henninger said.

Madelyn Lowe, a junior at Lubbock High, said “ I’m used to the mask and shooting people with hand sanitizer; I’ve always done that!”

She thinks the precautions are just normal now, after months of having to adapt to them. Lowe believes the team can keep this up especially after how hard Coach Springer has worked with the athletes.

Ultimately this game was a great early season morale boost that is much needed especially in these times of uncertainty. One thing we can be certain of is that we had a great first game! Go, Westerners!