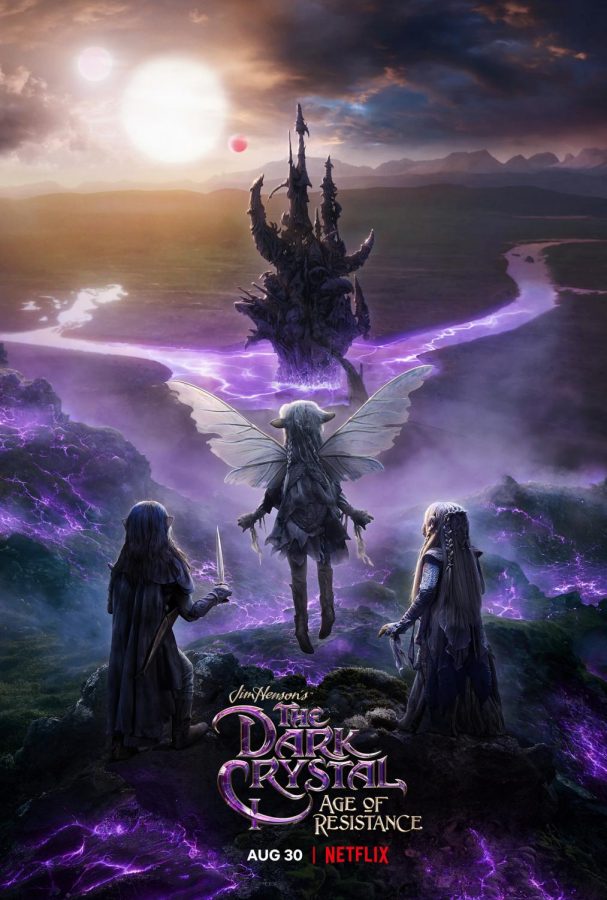 The Dark Crystal; Age of Resistance tv series is a 2019 retelling of the 1985 The Dark Crystal movie about a young Gelfling named Jen raised the Mystics, who has been told that he is the last survivor of his race. He sets out to try to find a shard of the Crystal, a powerful gem that once brought balance to the universe. After the crystal was broken, the  Skeksis used sinister means to gain control.

In this film, Jen believes that he can repair the Dark Crystal and bring peace back to the world if he can find the remaining shard. In this version, we return to the world of Thra, with an all new adventure when three young Gelflings discover the horrifying secret behind the Skeksis’ power. They set out on an epic journey to ignite the fires of a rebellion to  save their world.

The story was written by Jim Henson, who was an American puppeteer, animator,etc that achieved worldwide notice as the creator of The Muppets and Fraggle Rock, and as the head director of the The Dark Crystal,and Labyrinth. With help from Frank Oz, who is also an American actor, puppeteer,and director he began his career as a puppeteer, performing the Muppet characters  in The Muppet Show like miss piggy,and animal , and  in Sesame Street as cookie monster,and grover.

This time taking up the mantle was Louis Leterrier, who spent a lot of time developing the project, Louis had said it was an amazing experience. I think everyone should really see this tv show it’s something to remember.

I would say this retelling of the original was a spectacular sequel to the 1985 movie.  I think this is a remake that should be watched by everyone, and it was really something to remember for me. I give the entire season a 10/10, because it was very good compared to the original and it was a magical event to remember.